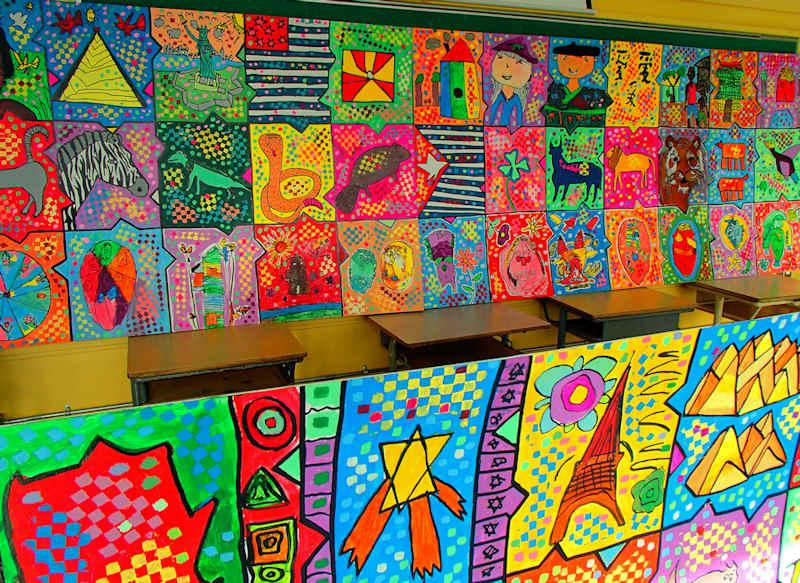 The theme of the project was "Au Tour du Monde".

Pupils throughout the school have created a series of images that reflected the cities, animals and peoples of different cultures on the planet.

I chose the song Suavemente by Elvis Crespo for the video. This is a perfect example of world music and in my opinion the students danced to the rhythm and energy of this beautiful song.